Live knowing is an experiential process that attunes to the interplay between dissolving boundaries and assembling forms and is underpinned by an ontology that recognises that “form is only a snapshot view of a transition”; that “what is real is the continual change of form” (Bergson 1911/2005, p. 328). Live knowing is what I call the activated or practical form of knowledge. It is ontologically process-driven in the “form of movement” (Bergson 1911/2005, p. 329), rather than declaratively epistemological in the form of the written word. The concept of live knowing has its roots in what Ryle explains as the difference between “knowing how and knowing that” (1945, p. 1). Caouette describes the difference between these kinds of knowing using the example of riding a bike. Explaining to someone how to ride a bike demonstrates that you know something about riding a bike but this sense of the word how does not imply that you have the ability to do so (2013, para. 1). Having the ability to ride a bike involves practical or live knowing because riding a bike requires movement and is a whole-bodied, multi-sensory activity that happens spontaneously in real time. 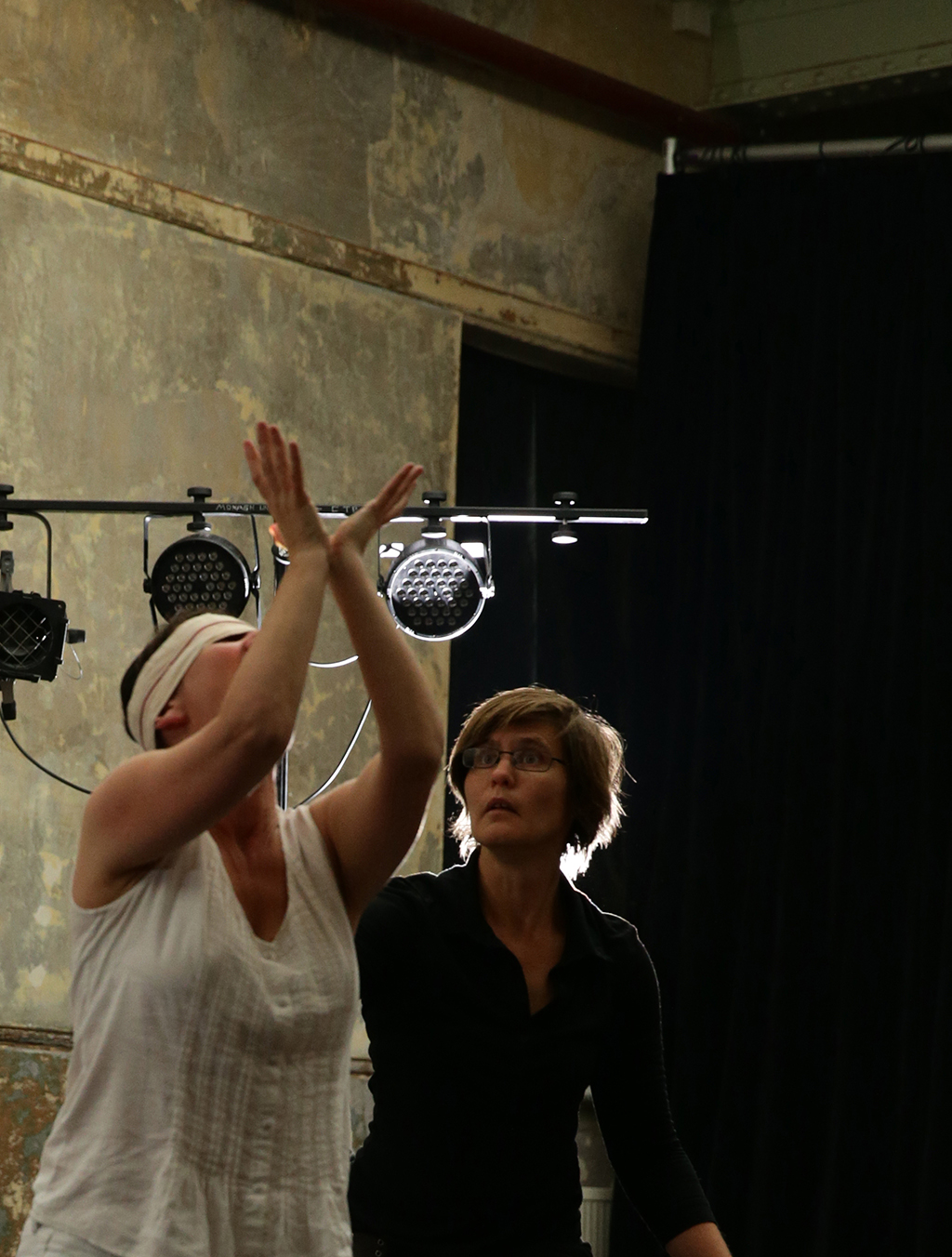 My project involves knowing that there are immersive philosophical concepts about life, and knowing how I might enact those concepts in real time. I am concerned with how I might eschew mind/body, subject/object and conscious/unconscious binary concepts to gain a more precise understanding of artistic creativity. My research focuses on the enacted phenomenon of artistic creativity in real time. As somatic practitioner and teacher, Carl Ginsburg notes:

If the emphasis is made on verbal reports, we impose a cultural bias on our observations and confuse map and territory. The territory is phenomenal experience. The map is what we think (verbally) that our experience is. When one is addicted to map making and conceptualising, a switch is made and the idea takes precedence over the experiencing (2005, p.12).

Following Ginsburg, I therefore attempt to augment the phenomenal experience of artistic creativity through performance, rather than simply making verbal reports about what I think the experience might be.

Grosz believes there is a need to “welcome again what epistemologies have left out: the relentless force of the real, a new metaphysics” (2011, p. 85). My research attempts to take up this challenge through my performance practice by approaching artistic performance not as a tool for representation but as a live process of discovery and invention. I embrace Grosz’ idea that “we need to reconceptualise the real as forces, energies, events, impacts that pre-exist and function both before and beyond, as well as within, representation” (2011, p. 85). In theatre contexts this concept of live knowing has resonances with what Grotowski calls the “living drive” behind physical actions (Grotwoski quoted in Salata 2007, p. 127). For Grotowski, even though acting is done within an aesthetic frame it is still the real deed or the “deed done again” (Salata 2007, p.127).

In my project I engaged in live knowing within the context of a live performance event. I developed a contemporary theatre performance called ‘Imagine This . . .’ that was held in April 2016. The performance event was structured in twelve vignettes and was devised to foreground ontology through acts of live knowing. The structure of the performance was both scripted and improvised. Improvised sections, in particular, allowed me to remain open to the unpredictable and surprising encounters that occurred in performance. This performance was developed and performed in response to my primary research question: what is the relationship between lived experience and artistic creativity?

As I will detail in subsequent chapters, I discovered that live performance can reveal, with the inherent capacity real time has for variation, deviation, mistake, and risk, how life uses the fundamental structures for artistic expression. As the musician David Byrne says, the live event “helps focus our attention”, and “we listen more closely when we know we only have one chance, one fleeting opportunity to grasp something, and as a result our enjoyment is deepened” (75).

According to Machon “live performance reaches beyond the experience of sensations in the singular due to the fact that it is an amalgamation of all of the senses within a multidimensional, heterogeneous form” (2011, p. 24). This approach results in what Riley calls “perceptual polyphony” (2004, p. 449). Phelan believes live performance colludes in an “interactive exchange” whereby performers and audience unite in a manically charged present” (1993, pp. 146 – 148). To achieve this visceral openness, this capacity for perceptual polyphony, and this manically charged present, I utilised multiple performance lineages, such as physical theatre, extended vocal technique, and improvisation techniques, in, what Machon calls, “a (syn)aesthetic performance style” (2011, pp. 3-4). In doing so, I isolated a new corporeal phenomenon that I claim is the basis of creativity. I term this corporeal phenomenon wild life. In the next section, I explore wild life in more detail and claim it as an original contribution to knowledge.