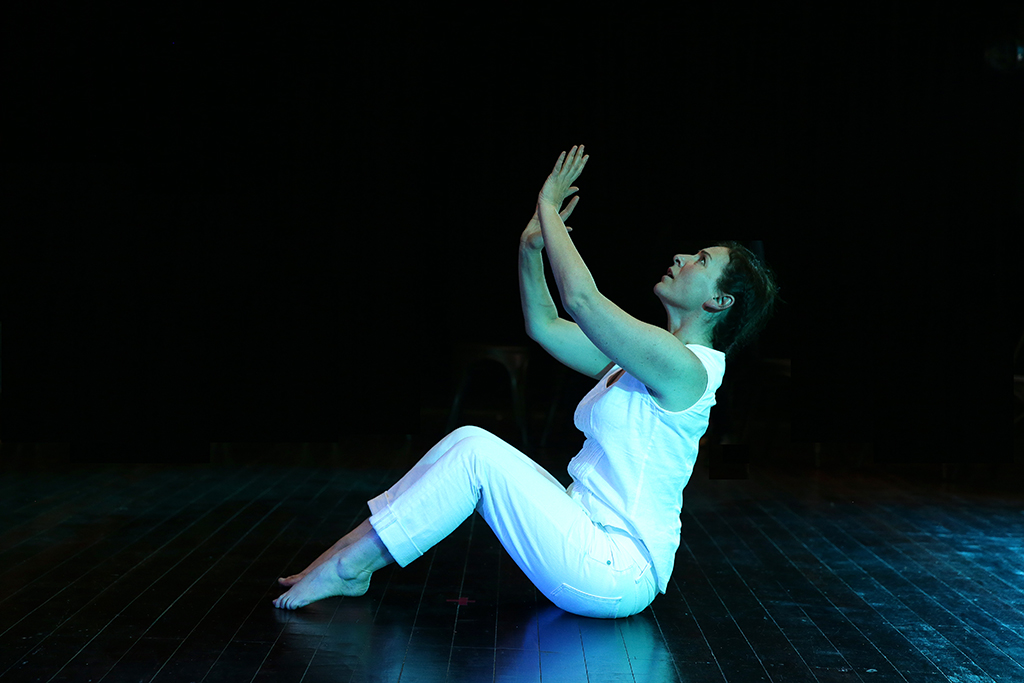 Bindeman (1998) gathers together first-person accounts of artistic practitioners about their creative processes. He synthesises this work and in doing so describes creation as catharsis; unconscious reception of energy; destruction; an exasperating chore; and done through the artist. Although these themes point toward a corporeal process there is disappointingly very little description of visceral phenomena in Bindeman’s work. Piirto (2005), in his analysis of the creative process in writers and poets comes a little closer to identifying some actions that point toward a tangible embodied experience of creativity. He claims that rituals, silence, inspiration (from muse, nature, substances, travel, other art works), imagination, flow, fasting, and meditation all contribute to the creative process.

A few researchers in the field of psychology also point toward the importance of corporeal activity in the act of creation. For example Wallas (1926) coined the term ‘incubating’ to explain the period of time away from conscious problem solving. In the 1980s philosopher and psychotherapist Eugine Gendlin emerged at the fringes of the field of psychology. Gendlin pioneered a therapeutic approach called ‘Focusing’ which explores an introspective way of being that pays patient attention to the vague and visceral felt senses of the body until meaning unfolds and can be articulated. Gendlin’s research revealed that that this Focusing process brought people into direct contact with the way the body “has a situation” and that this helped people “move to further steps of new thought” (1981a, p. 13). Gendlin argues that much of the declarative knowledge about creativity encourages people to let go of the usual and to tolerate ambiguity but that these concepts simply tell people what not to do rather than what they can do. Gendlin’s Focusing process provides a tangible path into the previously hidden sensations of the body; it guides attention by revealing “exactly what to do, in order to be creative” (1981b, p. 16). When describing the process of focusing in relation to creativity Gendlin says:

But creativity would be very mystifying indeed, if it were merely the hitting, from nowhere, of new ideas. Where can they come from? Where do thoughts arise? If you pay attention to any thought whatever, you will find that you have some words and images, and also a sense of their meaning to you just now. You will find that this meaning is much more than what the words alone say. The whole context and background is also there, in your sense of what you said. Only from this richer underlying complexity which you do have, can relevant new ideas arise. But there is a bodily way, through quite specific steps, by which you can let this form, as a whole, quite concretely, so that you can attend to it and work with it, rather than leaving it fleeting and silent as most people do. This is what focusing is all about.  (Gendlin 1981b, p. 16)

In more recent times, a growing body of literature has emerged that is particularly directed toward lived experience and artistic creativity. In discussions about creativity, attention is often given to the inception of an idea, the moment of inspiration or the flash of insight as being the phenomenon of greatest importance in understanding creativity. But most artists would argue that having the idea is the easy part; that it is the development of a physical process or methodology for the capture, translation, synthesis, and enactment of that idea that constitutes an artistic practice.

For example, in her book The Creative Habit, choreographer and dancer, Twyla Tharp argues that creativity is the result of hard work and is a habit rather than some “transcendent, inexplicable Dionysian act of inspiration” (2003, p. 7). Tharp insists that ritualising the mundane helps to deepen creative resolve and reduces the pull toward “turning back” or “chickening out” (p. 15). Tharp notes that “one of the biggest fears for a creative person is that some brilliant idea will get lost because you didn’t write it down and put it in a safe place” (p. 81). As a dancer and choreographer, Tharp unsurprisingly believes that movement of the body is an integral part of the creative process because it “stimulates our brains in ways we don’t realise” (p. 24).

Tharp argues that the ideal creative state is something that can be constructed and controlled. According to Tharp, an idea is something that “turns you on rather than shuts you off”, and the “tiniest micro-cell of an idea will get you going” (p. 96, p. 99). She discusses how ideas rarely come to the artist whole or complete and how scratching is a process of looking/listening and capturing the “morsels of inspiration” in the form of “lines, riffs, hooks, licks…molecules of movement” (p. 99). For Tharp, an essential part of the creative process is to realise that artists “can only generate ideas when [they] … actually do something physical” (p. 99).

This fragmentary evidence about the link between visceral phenomena and artistic creativity suggests that artists are attuning-to experience differently. I propose that attuning-to lived experience differently might therefore enable what French philosopher, Dorothée Legrand refers to as a different “type of access” (2007, p. 509) to the body, and that this kind of access might reveal something useful about the fundamental structure of artistic creativity. The starting point, for me then, is to accept that bodies are not, merely as Husserl says, “remarkably imperfectly constituted things” (1952/1989, p. 167), but are fundamentally creative things, in a Bergsonian sense, that are remarkably constituted by and for the conditions into which they are immersed and from which they emerge.

Following Grosz, I engage with key concepts in the work of Bergson and Merleau-Ponty. I use their conjoined ideas about life as a framework for investigating the relationship between lived experience and artistic creativity. I then consider whether artists’ ways of attuning-to experience might bear any relation to these philosophical concepts. Given the singularity of artistic expression and how it manifests as profoundly different, domain-specific phenomenon, research into artistic creativity, in my view, is enhanced if it is highly specific and discipline focused. As Grosz says, although there are universal forces at work in the fundamental structure of things, they only manifest in the arts “through an absolute and ungeneralizable singularity” (2011, p. 42). Examining lived experience whilst engaged in particular acts of artistic creativity might then reveal previously unknown details about the fundamental structures of human creativity because those structures are perhaps amplified in such contexts.

Although my project communicates my findings through the singularity of my performance practice, I validate those findings against the experience of other artists.  This is a particularly important process because, although their body-centred experiences are singular, I discovered that artist’s descriptions of the creative process do indeed provide a generalizable corporeal thematic. This corporeal thematic suggests that, in attuning-to visceral phenomena more closely, artists are able to achieve a heightened visceral awareness that is generally not available in ordinary experience, and is singularly creative.

This research is an experiential investigation into how lived experience might be consciously accesed differently. For this to proceed, I needed to be inside the investigation, experiencing the phenomena in a first-hand way so that deeper understandings of an enacted process could be uncovered. Furthermore, given that human artistic creativity is at the centre of this inquiry, I needed to enact an artistic project whilst in the process of accessing experience differently. Following Heidegger’s view that “the question of existence never gets straightened out except through existing itself” (1927/1962, p. 33), I found that the relationship between lived experience and artistic creativity could not get straightened out except through consciously attuning-to lived experience whilst engaged in creative acts.

To this end, I employed a Performance Research approach because Performance Research has a history of placing body-centred activity at the centre of an inquiry. I claim that this mode of research was also appropriate because I had a pre-existing performance practice and was committed to gaining a more precise understanding of artistic creativity through this practice.